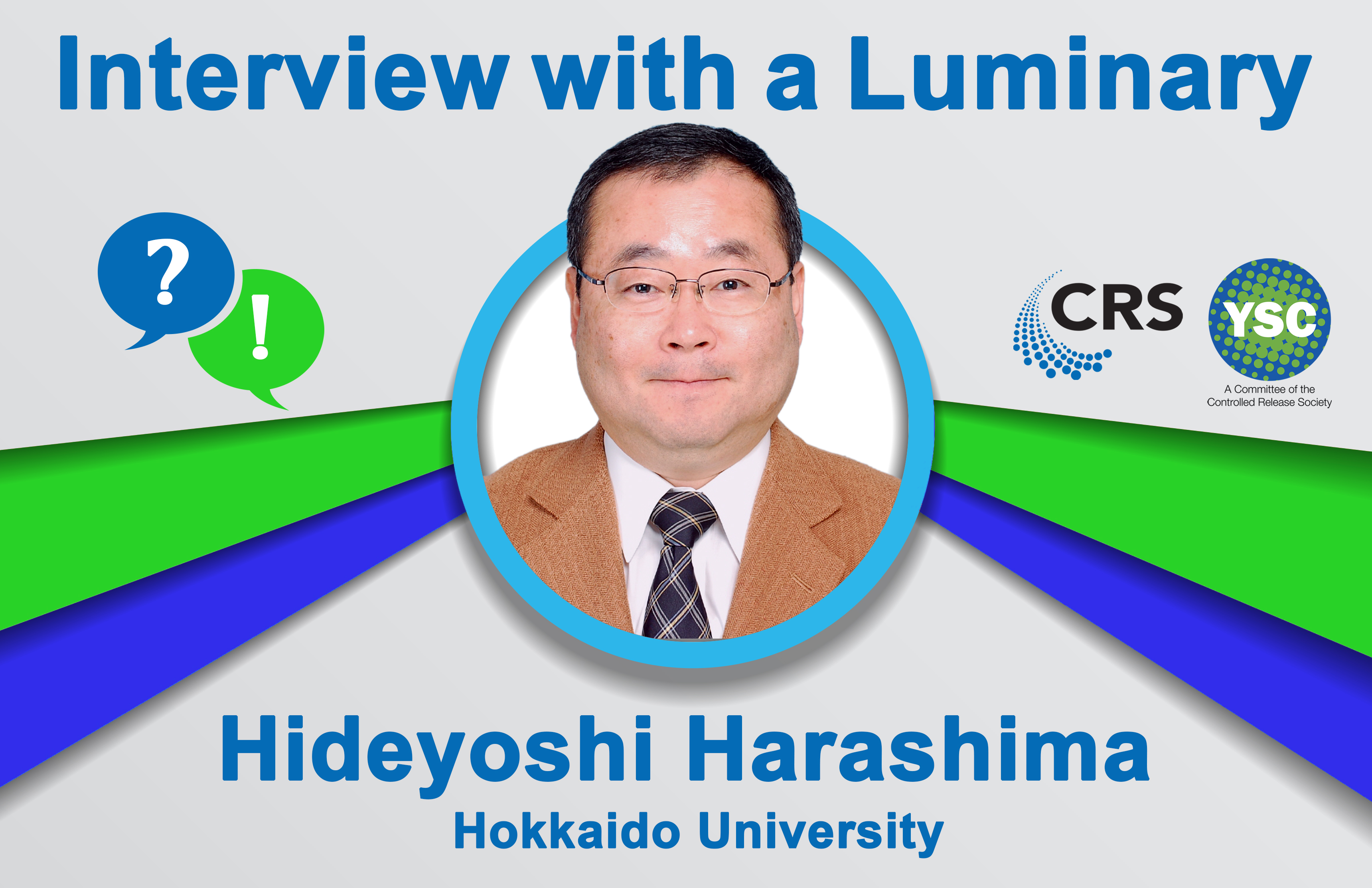 Research and Publications/Patents: His research in the field of PK/PD was extended in 1989 to research on Drug Delivery Systems (DDS) and, in 1999, he started work on a new area of gene/nucleic acid delivery. He developed a multifunctional envelope-type nano device (MEND) as an original system, which can be used to not only the biodistribution but also the intracellular trafficking of these new materials as a drug. He has authored more than 413 original articles, 60 reviews and 11 book chapters in English. His h-index is 63 and he has presented more than 245 invited lectures in Japan and in the world. He has submitted more than 75 patents based on his original DDS.

Organization of International Conferences: He organized the 1st FIP-APSTJ joint workshop on gene delivery in Sapporo in July 2006 as a co-chair of SIG for the Pharmaceutical Biotechnology. He also organized the Liposome Research Days Conference 2019 as the Chair in September 2019 at Hokkaido University.

As I explained in my background, I started my scientific career in the field of pharmacokinetics, which describes drug movements in the body using mathematics. I am very interested in the mathematical modelling of drug movements in our body and extended these studies to pharmacodynamics. Pharmacokinetic/pharmacodynamic (PK/PD)-modelling was the most exciting science for me. However, I came to recognize that the productivity of PK/PD-modelling was relatively poor compared to other fields such as biopharmaceutics, transporters, DDS, etc. Therefore, I decided to extend my interests to other fields that would allow me to be more productive as well as exciting. Fortunately, I was offered a good position (associate professor) at Tokushima University and started my DDS research, especially the use of liposomes as DDS with Professor Hiroshi Kiwada. This change in my scientific field was very challenging; however, I felt that there was no other choice for me at that time. I was looking for an exciting area of research in liposome research and I became interested in “Controlled Intracellular Trafficking (CIT)”, which matched well with liposome research. During the summer vacation in 1989, I was reading a textbook on Molecular Cellular Biology and I came across a chapter on the intracellular fate of receptor-mediated endocytosis for an LDL-receptor or a transferrin-receptor, which I found to be interesting and this prompted me to the concept of “Controlled intracellular trafficking”. I thought it might be exciting if I could find a way to control the intracellular trafficking of vesicles such as endosomes using liposomes as the molecular machinery. This experience directed me to move my interests to CIT, but it took a long time to do this since there were no examples. I started to analyze the kinetics of the degradation of albumin in macrophages, which only a few scientists were interested in at that time. The nuclear delivery of albumin with NLS in pH-sensitive liposomes in macrophages was an exciting study that was done in collaboration with Dr. Shiro Futaki, a peptide chemist at Tokushima University. Confocal laser scanning microscopy of the nuclear delivery of fluorescently labelled albumin had a sufficient impact on convincing me of the importance of CIT. In 1999, I established my own laboratory at Hokkaido University as a full professor and focused on CIT, especially pDNA as a payload. Since then, I have been enjoying struggling with CIT of siRNA, mRNA, pDNA, CRISPR/Cas, etc.

As I explained above, I think my turning point as a scientist is when I changed my research field from PK/PD-modelling to Controlled Intracellular Trafficking at Tokushima University in the summer of 1989. I enjoy mathematical-modelling and PK/PD-modelling, but I concluded that Controlled Intracellular Trafficking was what I really want to do because I have lost my deep interests in other areas than in CIT for more than 30 years.

Controlled Intracellular Trafficking (CIT) seemed to me very exciting and I started my work in the area of CIT from the viewpoint of basic science, but not from the standpoint of applied science. However, I had to explain why this research is important when I prepared grant applications and I concluded that CIT is important for gene therapy, that it is a future therapy and that CIT would be a basic technology for gene therapy. I felt that I could use this logic to convince reviewers of my work that this is a valid and important area of research. While I was enjoying my research in basic science, the world was changing and gene therapy or nucleic therapy was predicted to be the next generation medicine after antibody medicines. Therefore, I had to consider the clinical applications of our research products in our laboratory. Patent protection is important for clinical applications, but obtaining a patent is a different area compared to preparing good manuscripts for publication. We needed strong support from our patent office of Hokkaido University if we were to prepare viable patents. We also need their advice before submitting patent applications, and this need requires us to have a reliable relationship with our patent office. Building such a strong relationship with our patent office took time. However, after a decade of communications, we are now getting excellent support from our patent office of Hokkaido University. Under such circumstances, I needed to translate our findings to clinical applications for our new technologies to become the next generation medicines such as siRNA/mRNA/pDNA medicines. Not only myself, but also young faculty members and graduate students are also very excited to see their research being applied to humans. This success can be achieved only when industry people decide to cooperate. Frankly speaking, this excitement has now become a real pressure for me, since I think I have to proceed with clinical translation of our technologies with the industry.

When I was thinking about the clinical translation of our technology, starting a venture company was my first consideration since the Japanese government is now encouraging university researchers to start their own venture companies based on observing successful entrepreneurs in the USA. I discussed this with Professor Leaf Huang and he advised me that creating such a company would be good, but this effort might lead to a decrease in research productivity. I also discussed this with young faculty members in our laboratory regarding their interest in working at a venture start-up company. There was not much interest and most of the young researchers said they would prefer to work at Hokkaido University even as specially appointed professors. Based on these discussions and communications, I decided to create another laboratory, the “Laboratory of Innovated Nanomedicine”, which is time-limited, It was originally started in 2009 and involved translational studies based on a project entitled “Vascular Targeted Nanomedicine”. This effort has been approved to continue from 2014 and then from 2019 to 2023. <https://www.pharm.hokudai.ac.jp/nano/>

I think not. My current research program has been successful, productive and exciting for me, so I have no plans to change this.

I recommend that young researchers try to identify areas of research that they find exciting and interesting. It is not an easy task, but it is a worthwhile effort. Our lifetime is being expanded from 70 years to 100 years; therefore it would be natural to change your research fields from time to time. My advice is to jump into a new field or create a new field by yourself.

Fishing is my favourite hobby. I can be a part of nature when I am fishing and my brain and heart are in tune with this effort. I also like eating fish. I learned how to fish from Professor Kiwada when I was at Tokushima University. This experience convinced me that I would like to live in Tokushima when I retire so I can enjoy fishing every day.