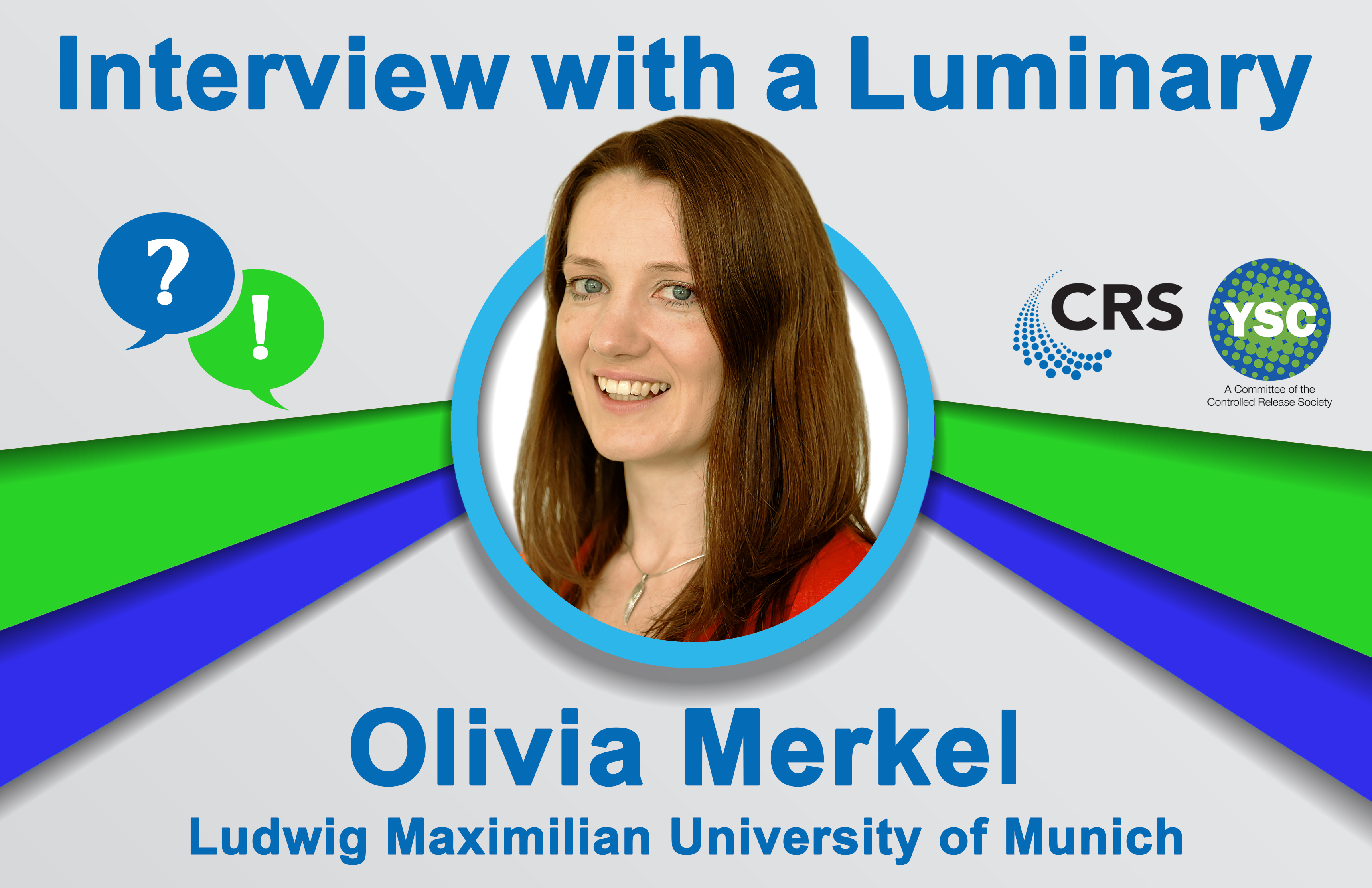 Olivia Merkel studied pharmacy in Marburg, Germany, and became a Board Registered Pharmacist in 2005. She received a MS in Pharmaceutical Technology from Martin-Luther-Universität Halle-Wittenberg in 2006 and a Ph.D. (summa cum laude) from Philipps-Universität Marburg in 2009. After 2 years as a postdoctoral lecturer at Philipps-Universität Marburg, she joined Wayne State University in Detroit, MI, as an Assistant Professor of Pharmaceutical Sciences in 2011 and became an Associate Faculty Member of Oncology and Scientific Member of Karmanos Cancer Institute in 2012. After obtaining an ERC grant from the European Research Council, she accepted a position as Professor for Drug Delivery at LMU Munich and headed 2 laboratories in Detroit and Munich until 2017. She is the president of the German Chapter of the Controlled Release Society and the Chair of the CRS Transdermal and Mucosal Delivery Focus Group. She has obtained numerous awards for her research, such as the APV Research Award, Galenus Foundation Technology Award, and Carl-Wilhelm-Scheele-Award. She is an Editorial Board Member of the Journal of Controlled Release, the European Journal of Pharmaceutics and Biopharmaceutics, Molecular Pharmaceutics, was an NIH reviewer and currently is a standing member of the Swiss NSF Review Board. Her research is focused on pulmonary delivery of nucleic acids for the treatment of inflammatory, cancerous and infectious lung diseases with a current emphasis on developing inhalable siRNA based antivirals.

I think this is a typical story: My grandma died of cancer at 52 years old and left behind a daughter who was only 13, my aunt, who became more of a sister for me. The situation caused a lot of turmoil in my family during my childhood, and at an early age, I developed a desire for finding a cure for cancer.

I remember that during university, I was absolutely convinced that I would join industry after completing my Ph.D. I was very determined to get a Ph.D. in pharmaceutical sciences when I was still in high school and thought I had it all figured out. What I had no clue about was academic research. Only during my last year as a pharmacy student is when I learned about how exciting the research in pharmaceutical technology at my university was. After a student assistant job during my last semester break, I declined an offer from Aventis for my intern year and joined the lab where I went on to do my MS, Ph.D. and then even stayed as a postdoc. While all my lab mates did join industry, I realized that I needed academic freedom and the choice to end a project on my terms and not because of company policies.

3. Tell us about the exciting ways in which your particular field is progressing.

I started siRNA delivery in 2004 when it was really in its infancy. The field has seen its highs and lows, but after the approval of Onpattro in 2018, I am glad that I never gave up. Currently, siRNA delivery, and RNA delivery in general, is experiencing an all-time high, and I very much hope that RNA therapeutics will be what will end this pandemic. 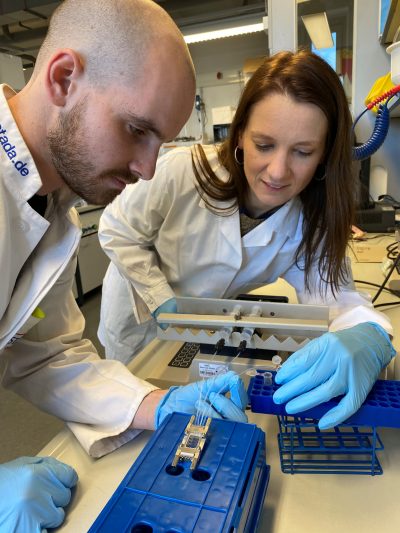 I cannot really think of one particular piece of advice I have received because I have received so many. With my Ph.D. advisor, Thomas Kissel, I really had someone who was my champion for many years and who gave me a ton of advice. Most of all, he always believed in me and always gave me the freedom I needed to strive and the support I needed not to fail.

Well, I think it may not have been the smartest thing to move to the US as faculty after not having done a US postdoc. That is something I would not recommend others to do. But even though it was very tough to be a little fish in a huge pond without the necessary champions and without the typical US CV and without the backing of an ivy league or top institute, I did learn a lot. Not only professionally but also on a personal level. Therefore, I am thankful for every decision I made and every experience I have had.

My advice is to search for a work environment where you can strive, where you are happy and feel appreciated. That combined with endogenous enthusiasm and motivation is the best possible combination. And I always tell my juniors to build a large network. However, I wouldn’t recommend overcommitting and starting too many collaborations or leadership positions that one may not be able to serve equally. Sometimes less is more.

I am a toddler mom. Therefore, between work and being a mom, there isn’t really any free time. I love to run but currently couldn’t call myself a runner as I don’t find enough time to actually exercise this hobby. I do play the piano, however, and while my son hates when I play and used to cry out loud when he was younger, I finally manage to play again every once in a while. Additionally, my son loves to learn how to count in foreign languages. Therefore, I have recently learned to count in Russian and Chinese.