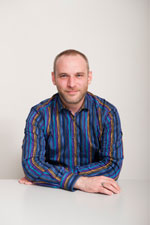 Darren Smyth (Partner at EIP) outlines the background to a case involving AstraZeneca's patent for the sustained release formulation of quetiapine, the reasons for two differing judgements and implications for IP strategy to protect sustained release products.

A usual part of the patent strategy of an innovative pharmaceutical company is to seek patent protection not only for new chemical compounds when they are developed but also for subsequent improvements (often called “secondary patents”). Such improvements may be crystalline forms, dosage forms, administration regimes, salts, esters and other derivatives, formulations, and so on.

Competitors are becoming more aggressive in seeking to invalidate weak patents even when patent offices have allowed them. In recent years, it has not been uncommon for secondary patents such as formulation patents to be challenged, found invalid, and revoked.

There have been a number of recent cases in the United Kingdom in which the validity of patents relating to sustained-release formulations of drugs has been examined by the courts. The latest case relates to the antipsychotic drug quetiapine, marketed by AstraZeneca under the brand name Seroquel. The patent and supplementary protection certificate (SPC) on quetiapine as such being due to expire (and now having expired) on March 23, 2012, a number of companies (Teva UK Limited, Teva Pharmaceutical Industries Limited, Accord Healthcare Limited, Intas Pharmaceuticals Limited, Hexal AG, and Sandoz Limited) sought revocation of the AstraZeneca patent directed to the sustained-release form. The European patent, EP0907364, claimed at its broadest the following:

To be valid, the claims of a patent, as well as being novel, must involve an inventive step, that is, they must not be obvious to the person skilled in the art (for example, a person or team of people involved in pharmaceutical formulation) as at the date when the patent application was first filed. The person skilled in the art is hypothetical, not real, and is considered to lack any inventive capability. When the inventive step is argued in court, those seeking revocation of the patent will frequently argue that the claimed subject matter would have been arrived at in an obvious manner at the relevant date, and the patentee will usually advance reasons why this is not the case.

In the quetiapine case, the patentee argued that it was not obvious to develop a sustained-release formulation of quetiapine by formulation with a gelling agent for the following reasons:

(1)  the skilled team would not consider developing a sustained-release formulation of quetiapine unless there was some clinical need or rationale for one;

(3)  even if the skilled team was led by Gefvert to consider developing a sustained-release formulation of quetiapine, it would be deterred from doing so by quetiapine’s high first-pass metabolism, or at least it would not have a reasonable expectation of success.

The decision by Mr. Justice Arnold of the Patents Court (Teva UK Ltd & Ors v. AstraZeneca AB [2012] EWHC 655 [Pat]), which was issued the day before the expiry of the quetiapine SPC, did not accept the arguments put forward by AstraZeneca. The judge considered that the skilled team would be motivated to develop a sustained-release formulation at least in order to achieve a more convenient once-daily administration regime. Furthermore, he considered that the prior art showed that the pharmacokinetics of quetiapine were linear, and that this demonstrated that the skilled team would not have been concerned about saturation of the first-pass metabolism. Likewise, the risk of dose dumping was not considered in fact to be a difficulty. Therefore, the judge found that the skilled team would expect to be able successfully to formulate a sustained-release formulation of quetiapine using a gelling agent such as hydroxypropyl methylcellulose, which would be a routine choice of matrix.

This is not to say that patents related to sustained-release formulations of drugs are always considered to be invalid in the United Kingdom. A little earlier, the Court of Appeal upheld the validity of a series of patents relating to a sustained-release form of oxycodone, in the case Napp v. Ratiopharm (2009) EWCA Civ 252. In that case, the court found that, until the invention set out in the patents, oxycodone was known as a minor weak opioid generally administered, to the extent that it was administered at all, as a codrug. Because the slow-release form transformed oxycodone into a serious alternative to morphine—something that was wholly unexpected—the invention was considered to be nonobvious.

A more controversial feature of the quetiapine decision is that the same European patent was held to be valid by the District Court of the Hague, just before the U.K. judgement was issued. Mr. Justice Arnold indicated briefly why he reached a different conclusion from the Dutch court (while acknowledging that “It is clearly a matter of regret that different European courts considering the validity of the same patent should reach opposite conclusions”). The key technical factor relates to the pharmacokinetics. Mr. Justice Arnold stated:

With regard to expectation of success, the Dutch court concluded at [5.31]-[5.37] that a high first pass metabolism was a counter-indication for the development of a sustained release formulation. In this connection, it found at [5.35] that “Linear pharmacokinetics indicate that saturation point of the enzymatic breakdown process has been reached”. On the evidence before me, that is incorrect: linear pharmacokinetics indicates the exact opposite.

Thus, the Dutch court appears to have accepted technical evidence that was the opposite of that established in the U.K. proceedings. Accordingly, a different outcome in the judgement should not be surprising.

As technical progress advances, aspects of drug formulation and development become better understood and more predictable. Therefore, patents to new forms and formulations of known drugs increasingly fail the criteria for the inventive step, and, even if granted by patent offices, can be vulnerable to revocation after grant. In the United Kingdom, a court is likely to acknowledge the validity of such patents only if it is established that a technical prejudice exists, or some other unexpected aspect is involved. The effect is to make valid improvement patents harder to obtain.